In September we kicked-off our new research trajectory  A Fair New World?! In the afternoon, we discussed more deeply the different challenges to be addressed. The following themes were treated: “art and public support”, “art and digital“, ”art and international“, ”art, institution and artist“, “the artistic calling and survival”, “the artist at the centre of policy”, “unanimity <> diversity”, and “art and world“.

Several discussion groups noted that policy makers are making efforts to recognise artists and their needs, but that this valuation is not yet anchored in policy itself. The artist’s employment status is unworkable, and the debate about a basic income based on equality is not taking place. More generally, every five years politicians have a tendency call everything into question, to want to redesign, to ‘reinvent the wheel’. This is not done with other sectors.

Why is that? This is partly due to a number of persistent myths about art and artists that we do not want to repeat here. Except for one (art as belonging to an elite), because it touches on themes that were also discussed in the morning panel discussion: gatekeepership, the (too) great focus on – a (too) narrow conception of – quality, and a long-outdated distinction between so-called commercial/popular and so-called artistic art. This is changing: the view on art is evolving and broadening, with more attention being paid to grassroots initiatives and experimenting with commons.

Institutions are asked to focus more radically on participation – involving the public, stimulating participatory art – and co-creation, to make resources and infrastructure available to cultural and social organisations and movements, and to do everything possible to ensure that all can feel at home there. With regard to participation and involvement, many are already showing the way: De Koer with the monthly Koerforum – an open meeting with all involved – is given as an example.

Although we encounter one another often, there is a need for more connections between artists, policy makers and citizens. The need for greater trust and less bureaucracy that was expressed in the morning group is reflected here, on the understanding that “working based on trust” does not equate to verbal agreements without paper trailthatcan be revoked later.

Working internationally can be reconciled with care for the environment, with equality, with establishing sustainable local contacts, and even with the slow movement. This inevitably involves choices that have consequences: perhaps international work will become more expensive, stays will have to last longer, international hosts will have to share more contacts and networks, and put more effort into making a longer stay of visitors meaningful. More thought could be given to the necessity of equipment and material transport versus local (re)creation, and the combination of (international) work and family. There are strong situations of unfairnessat international level: think for example of the way in which some can easily obtain visas that are inaccessible to others.

Also emerging from the panel discussion, and repeated in group discussions: the need for space and time for creation without the pressure to perform, the importance of process and development (also with respect to laws and regulations), beyond a unilateral focus on the logic of production. In one group, this logic of production was linked to a coercive “economic hegemony” from which it is difficult to escape. We need to think and act more in terms of “enough” and balance.

Incidentally, this process (the working time) must also be taken into account when pricing art; unpaid working time is really no longer possible. A sustainable career does not necessarily mean a straight, predictable line from A to B, but a professional maker must be able to build up social security. This also means that he/she/them does not run into too many administrative gaps during a career. Moreover: is the distinction between the independent artist and the freelance art professional still relevant today?

Juist is Juist and the Artists Coalition came at the right time and deserve further reinforcement. Without engaging in victim blaming in order to do so, it’s important that artists stand their ground in this area. The attitude that visibility is a form of payment is no longer tenable. Furthermore, care must be taken to ensure that implementing Juist is Juist does not result in indirect cutbacks in our sector.

Visibility is linked to digitisation, which is something you can partially control yourself. In the morning panel, Jivan van der Ende explained her YouTube channel ArtSpace. She uses (misuses, as a form of rebellion?) a commercial platform to make art as accessible as possible. YouTube ArtSpace was born out of a crisis: the sudden lockdown, being cut off from peersand artist friends, and the need to keep your work easily available and free of charge. But availability is not the same as visibility: the pressure on fashion designers, for example, to create a solid following on social media is great. In other words: there is a lot that is possible, there is also more and more that ‘must’.

Kristien Van den Brande turns that ‘must’ on its head with Olga Software, technological infrastructure shaped according to her artistic vision instead of the other way around. Olga Software is the logic behind the website oralsite.be, a publication platform where artists and researchers can present work based on oral history.

Don’t feel like ploughing through rough notes? Below follows a short recap of the elements, ideas and suggestions (in Dutch) that emerged from the various discussion groups, all of which Flanders Arts Institute will include in the follow-up to a Fair New World?!

How can we overcome the current crises and aim for a world that puts fair practices, sustainability, digitisation and inclusive work to the forefront? 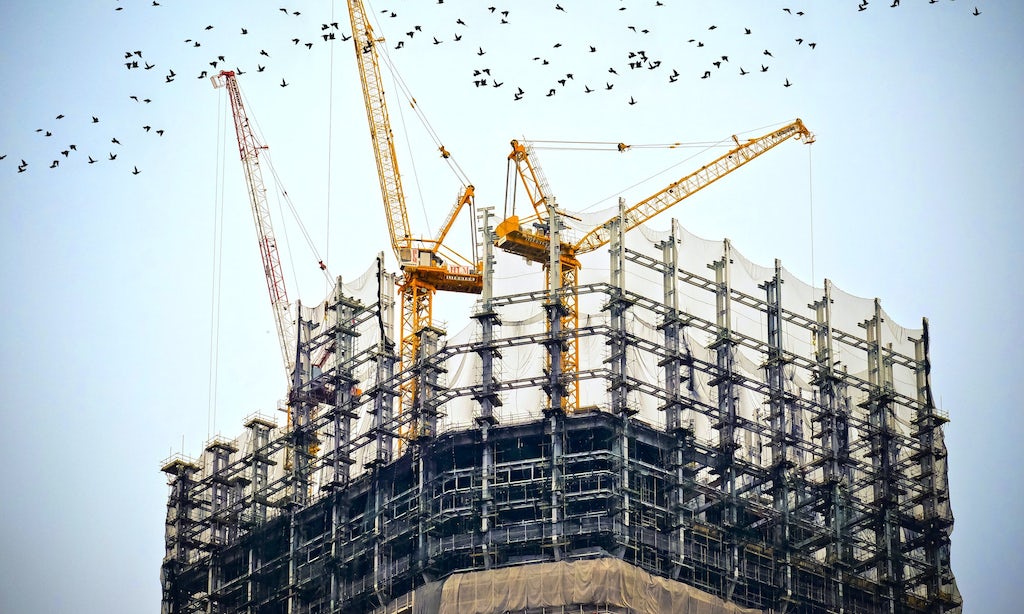