I was invited today to give a presentation concerning the topic of cultural diversity within the arts in Flanders. The first thing that came to my mind, was that it might be more interesting to let an artist with a culturally diverse background do this. So I called some of the artists I know to ask if they were willing to talk to you. The first artist who picked up the phone got mad and said he was fed up with the fact that people were more interested in his ethnic background than in his artistic work. I can’t blame him. The second artist excused herself explaining to me she was too busy attending board meetings of the four organisations that had recently asked her to join. I wondered if the new criterion of cultural diversity for the composition of boards had something to do with this new turn of events. The third and last artist I called was simply too occupied trying to make a living out of the many underpaid artistic assignments. He was doing a lot of job hopping like many artists of my generation do. Their answers tell us a lot about the state of the arts in Flanders at the moment.

In contemporary Europe we more and more feel a return to the category of the nation. To a policy of strict demarcations. To clearly defined ‘cultural identities’ which in the era of so-called globalisation and mobility does not correspond with reality. Our own big arts institutions are mainly identified with our national culture. A lot of citizens who are part of one of the many subcultures in our cities, and sometimes live in precarious situations, cannot identify themselves with these institutions. Even if these institutions do their very best to work with ‘hardly accessible’ target groups, art remains elitist and unapproachable for many.

In Flanders, we are still facing a fragmentation of competences. The arts are officially a competence of the Flemish Community, and of the cities and municipalities. Whereas all integration- and poverty-related issues are managed on a federal or regional level. This causes the different policy levels not to be attuned to each other.
Former Minister of Culture Bert Anciaux once stated: “Society will be intercultural, or will not be.” In 2006 he introduced an Interculturalisation Action Plan with a top-down approach that made use of quotas and the earmarking of resources. It implied a triple action towards more diversity for culture and for the arts:

His successor, Minister Joke Schauvliege, changed tactics in 2009. She followed a bottom-up strategy, encouraging organisations to make a declaration of commitment to diversity. Although a lot of organisations were willing to commit, most of these good intentions were never developed into good practices. The practical translation of their good intentions into actual processes turned out to be quite hard without the right know-how, practical support or time to do so. Whereas some fully devote themselves to cultural diversity, others remain stuck in a status quo, while society is only becoming more diverse.

The revision of the Arts Decree ‒ a Decree supporting the professional arts in Flanders ‒ created the chance to implement cultural diversity as one of the criteria for arts organisations to get structural funding. Every arts organisation applying for structural funding has to answer several questions concerning their strategy and vision towards the implementation of societal and cultural diversity in their artistic programme, audience and staff. The validation of this criterion was a reality check and wake-up call for a lot of organisations. And that is why the artists and art workers with culturally diverse backgrounds are now overwhelmed by board meetings of organisations that are at the beginning of their intercultural journey.

Of course, the implementation of this criterion in the Arts Decree is a necessary step toward a more diverse cultural landscape, but at this moment it is still uncertain how it will be controlled or observed. How to support organisations in this matter is still an open question. And people who want to work together across domains are still facing the disintegration of the different domains. Concerning cultural diversity, there is still a lot to be gained from attuning different domains.

New ways for the arts field

Over the last twenty-five years the arts field in Flanders developed some good practices concerning cultural diversity in the arts. Some inspiring arts policy, some inspired by arts policy.

KVS for example. With its tradition as a city theatre merely representing the classical Flemish Repertoire, KVS transformed into an open house under the artistic directing of Jan Goossens. KVS used a logistical problem ‒ the renovation of their building ‒  as a momentum to rethink and transform their approach. During the renovations the entire team moved their offices into different city districts. The opening of the renewed building was accompanied by a new mission statement: “Bring the city into the theatre and the theatre into the city.” In the culturally diverse city of Brussels, this meant a serious step towards a more intercultural approach.

One notable example is the development, since 2005, of a strong liaison with Congo. It was an instigator of several artistic projects such as ‘A l’ Attente du livre d’Or’ and ‘Coup Fatal’. KVS also invited artists and critical thinkers to have a critical voice in the debates, e.g. by confronting our own colonial history. During seasons 2012-2013 and 2013-2014, the KVS, together with numerous partners initiated ‘Tok Toc Knock’, a city theater festival that examined the links between the arts and the city’s complexity in greater depth.

In 2016 Michael De Cock succeeded Goossens as artistic leader. He is assisted by a team of three city dramaturges and a diverse ensemble of theatre makers, performers, directors, choreographers and authors. The new KVS states: “Our unique position in the capital of Flanders, Belgium and Europe is the alpha and omega of our operations.The KVS aims to reinterpret the repertoire in relation to the city that is more than ever the whole world. The KVS embraces the city and its plurality and intends to amplify its artistic voice in the arts field.”

Another example with a long history is Globe Aroma, an open art house in Brussels but also a place of gathering and creation situated in the heart of the city. It’s a place where asylum seekers and newcomers in Belgium strive to develop projects as well as to participate in cultural activities. This meeting point of creative personalities and projects is directed by professional artists. Together, they give rise to exhibitions, musical productions, film­making, as well as live performances. Globe Aroma strives to reinvent the relationship between Belgians, immigrants and newcomers. They aspire to be a cooperative organisation, confronting social exclusion and racism through creativity and suggestion of alternatives.

These are just two examples with us here today, next to other organisations like Zomer van Antwerpen en Roma in Antwerp, Arsenaal/Lazarus in Mechelen, De Centrale in Ghent, Met-X  , Zinneke and Muziekpublique in Brussels and others who are looking for new ways for the arts to be more culturally diverse.

Wouter Hillaert ‒ a theatre critic and one of the co-founders of the civil movement Hart Boven Hard ‒ recently formulated in his State of the Union what the whole arts world already knows, but feels difficult to say: We need new models of cultural leadership, new models of creation and redefined arts institutions. If we really want to develop a more diverse landscape of the arts in Flanders, we will have to come up with a broader vision for our cultural institutions and the cultural landscape of the future. Programming one evening of let’s say Turkish music and exotic belly dance does not make your organisation culturally diverse. Cultural diversity should be represented on all levels of our cultural organisations. In our artistic program, in our staff, in the public and our boards. And that does not only concern people with culturally diverse backgrounds. The same is true for women. It is still a fact that a lot of the key positions in our field are occupied by men.

Conferences, talks and network events on the theme of cultural diversity are valuable to exchange knowledge and good practices. They inspire processes of change. But what we really need now is action. Arts organisations need customised coaching. That’s why Flanders Arts Institute is intensively searching for tools to support the arts sector. A first step in this search could be the project named sCan&Do which we developed in cooperation with The Social Fund for Performing Arts. It is a programme in which we propose an analysis to organisations, to see how culturally involved they really are. This is then followed by an action plan and tailor-made coaching with experts in the field of cultural diversity. At this very moment three pilot projects with several organisations ‒ big and small, from different disciplines ‒  are being scanned: Arts Centre CAMPO in Ghent, Rataplan in Antwerp and ABconcerts in Brussels.

A new generation of intercultural artists and arts workers aren’t waiting for our art institutions to change. They are currently creating a parallel world, a field of its own instead of attacking the dominant theatre and challenging its legitimacy to define the standards of the field. The danger in this is that we might be building islands of cultural diversity.

An intercultural generation of artists and arts workers already established themselves within the arts despite the difficulties they encountered. Artists like Sidi Larbi Cherkaoui, Mesut Arslan, Haider Al Timimi, Ben Benaouisse, Mekhitar Garabedian, Sephunyane Junior Mthmombeni, Sammy Baloji, Chokri Ben Chikha, Charif Benhelima and many others established themselves as professional artists within their field.

While Sidi Larbi Cherkaoui is currently artistic director of Eastman and is at this moment redefining the Ballet of Flanders. Chokri Ben Chikha and Haider Al Timimi have their own companies called Action Zoo Humain and Kloppend Hert. Mesut Arslan founded platform 0090. Junior Mhotembheini was co-founder of SINCOLLECTIEF. Mohammed Ikoubaân initiated Moussem. Gerardo Salinas and his team initiated Mestizo Arts Festival. And I could go on. But still, a lot of men don’t you think?

These individuals often function as intercultural role models for a new generation of artists and are often the instigators of initiatives that give rise to new intercultural talents. Initiatives like CityLab, TransfoCollect, Younited9000, Gen2020 and De Gentse Lente explore and encourage the artistic potential of new diverse generations that inhabit our country.

No time to waste

The world is changing at a rapid pace. Cultural diversity is a fact.

Not only in our cities, but everywhere. Demographic trends do not allow much time for principled discussions. The talent is available and it is eagerly looking for a stage whilst developing its own circuits. It is important for the institutional field to take better advantage of and support this potential.

If we really want our arts field to become more culturally diverse, then our artistic institutions need to embody the cultural change within its cities. 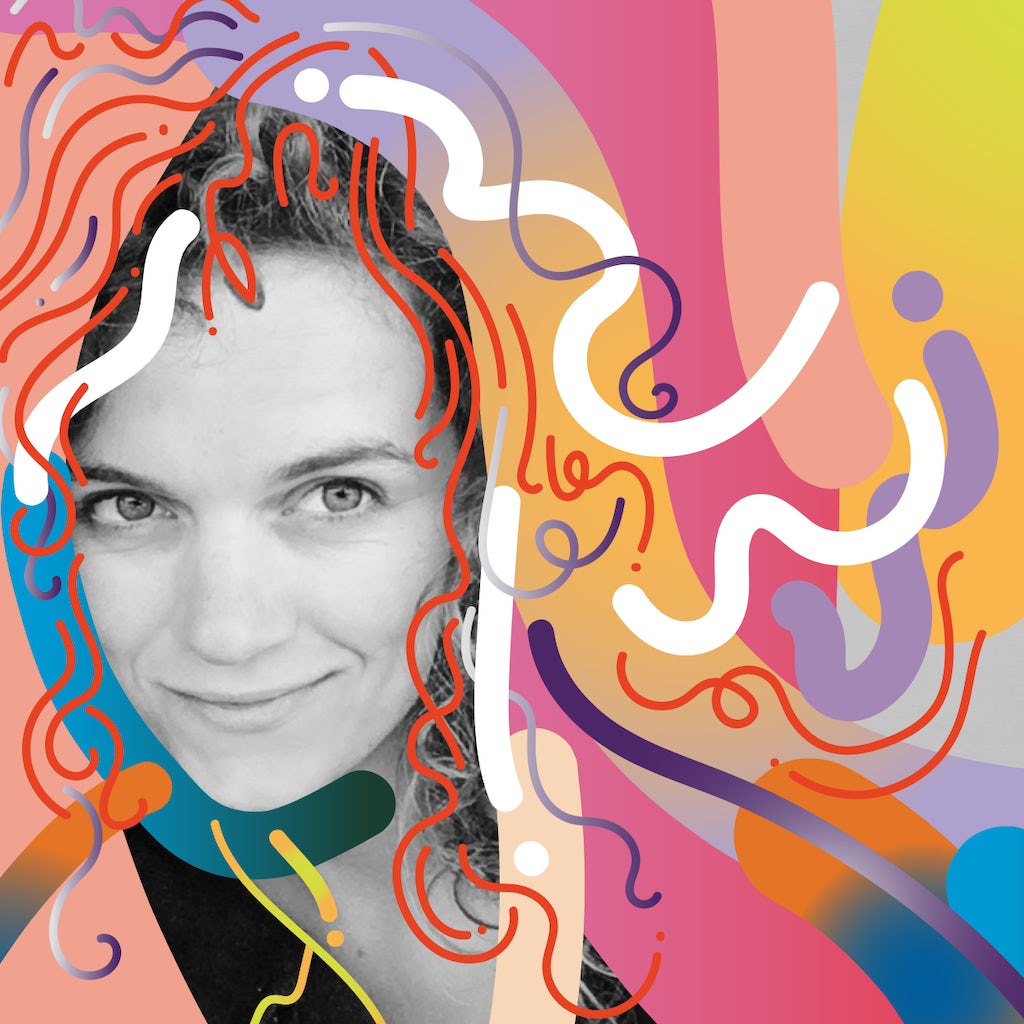