The meeting took place between 5 and 8 June 2017 in Ljubljana. About 60 artists, producers, curators/programmers and art theorists from Belgium, Slovenia, Kosovo, Serbia, Georgia, Czech Republic, Croatia, Romania, Poland and other European countries exchange insights and explore opportunities to collaborate on a sustainable level, starting from shared political and economic challenges.

Foreword by the organisers

In 2015, the independent art organisation Bunker in Ljubljana (SI) invited Flanders Arts Institute and IETM (International network for contemporary performing arts), both in Brussels (BE) to be partner in a Creative Europe bid. The bid aimed at establishing a more sustainable basis for Balkan Express, a network formed in 2012 by some 25 independent cultural organisations from the NGO sector in the Balkans and the Caucasus. Together they work on capacity building and advocacy, and foster cooperation within the region and with other parts of Europe. Balkan Express members are art organisations committed to actively contribute to the development of an open and democratic civil society in Southeast Europe and the outskirts of Europe in the Caucasus. They all developed strong networks with European art organisations and cultural institutes, but lacked networks with their peers in the Balkans and the Caucasus. Balkan Express is the answer to this gap.

Balkan Express members are art organisations committed to actively contribute to the development of an open and democratic civil society in Southeast Europe and the outskirts of Europe in the Caucasus.

The Balkan Express network developed different models of transnational and transdisciplinary cooperation in the form of Caravan Meetings, thus promoting mobility of artists and cultural workers, encouraging reflection and informal education, broadening of professional and social networks, enabling small-scale artistic (co-)productions and presentations with the help of different sources of European funding. Caravan Meetings took place in 2012 in Maribor (SI), in 2013 in Cluj-Napoca (RO), in 2014 in Sofia (BG) and in 2015 in Tbilisi (GE). 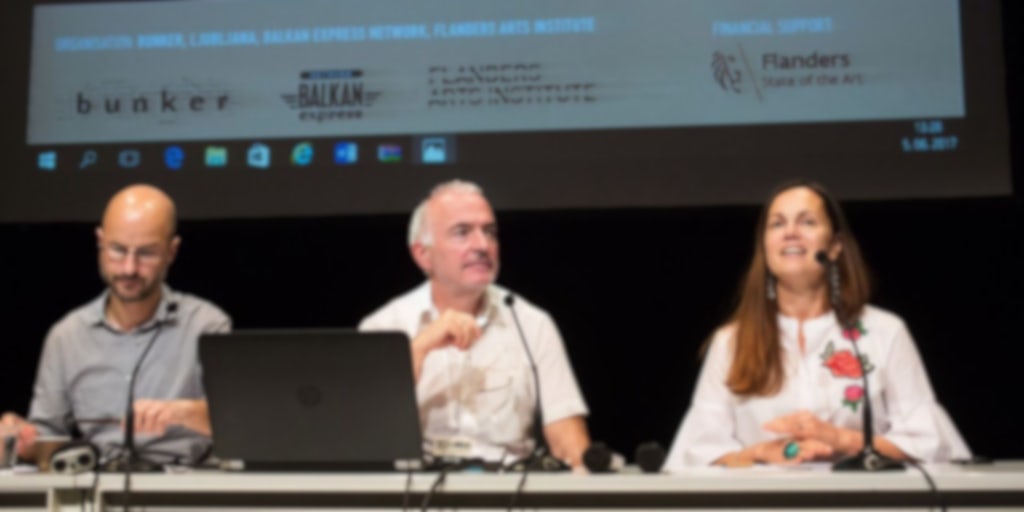 Working together on the Creative Europe bid, we realised that most organisations are poorly funded due to the lack of efficient cultural policies and funding outside state institutions. Another cause is the economic stagnation and the absence of an artistic market. Countries in the Balkans go through difficult times: the heritage of the wars in the 1990s, persisting national tensions and the recent refugee influx. Civil society is still developing. Inclusive democratic practices and substantial civil influence on the decision-making processes are not ensured.

On the other hand, the political awareness in the Balkans is increasing and new forms of mobilisation and solidarity are being developed. Culture, as a proactive pillar of civil society, can have a deepening impact on social regeneration in the region, raising awareness and sensibility, and generating values and skills for improving the democratic deficit. There is a tradition of committed art and artists responding to the societal needs they identify in the Balkans. It is also one of the few social spheres in the war-torn territories of the former Yugoslavia with a high level of interstate and international cooperation. The independent cultural scene in the Balkans and the Caucasus finds alternative strategies and organisational forms, creative ways to connect, share resources, get training, engage audiences and advocate towards politicians with little or no public support. Therefore, collaboration within the region and between the Balkans and Europe is more than ever necessary, even when it is challenging.

There are many common concerns in North, West, South and East Europe; many reasons to build long-term collaborative relations and overcome contextual and financial differences.

Also in Flanders and in West European countries, artists are the first victims of the economic pressure on institutions and companies. The value of art and culture in civil society is often questioned: is it a common good as a pillar of civil society, or is it something some people want and are willing to pay for? On the other hand, artists and organisations in the West also redefine and reorganise themselves to overcome separations between art and civil society. In this sense, there are many common concerns in North, West, South and East Europe, many reasons to build long-term collaborative relations and overcome contextual and financial differences.

Such collaborations within Europe raise questions about fair practices with regard to partners working in different political and economic contexts. Some can pay their staff, others work with volunteers and project-based funding. European programmes don’t take these differences into account and expect that all partners can afford the same financial contribution.

When it was announced that the Creative Europe bid for Balkan Express was not accepted, Bunker and Flanders Arts Institute decided to look for other funding to realise one Caravan Meeting in 2017. The Flemish ministry of Foreign Affairs gave Bunker a grant to invite artists and independent art organisations to Ljubljana to participate in the Caravan Meeting that was planned in June 2017. The Caravan Meeting’s goal is to learn what the position and the role of art and culture in civil society is in each region, and how connections and collaborations within the Balkans-Caucasus and with Flanders could be built and fostered. The themes Bunker and Flanders Arts Institute decided on together are: novel ways of working and of organisational forms, making public domain in the digital and the urban sphere, and art in nationalist and neoliberal times. This common choice for themes is revealing for our common search for solutions, even when the respective socio-economic situations in West Europe and the Balkans are different. Many members of the Balkan Express were also involved in the writing of a joint European project with partners from west, east and south to improve the position of the artists and to develop new models of working together and transnational cooperation. Working together within Europe and with it’s bordering countries is not only necessary but also the only way to move on. 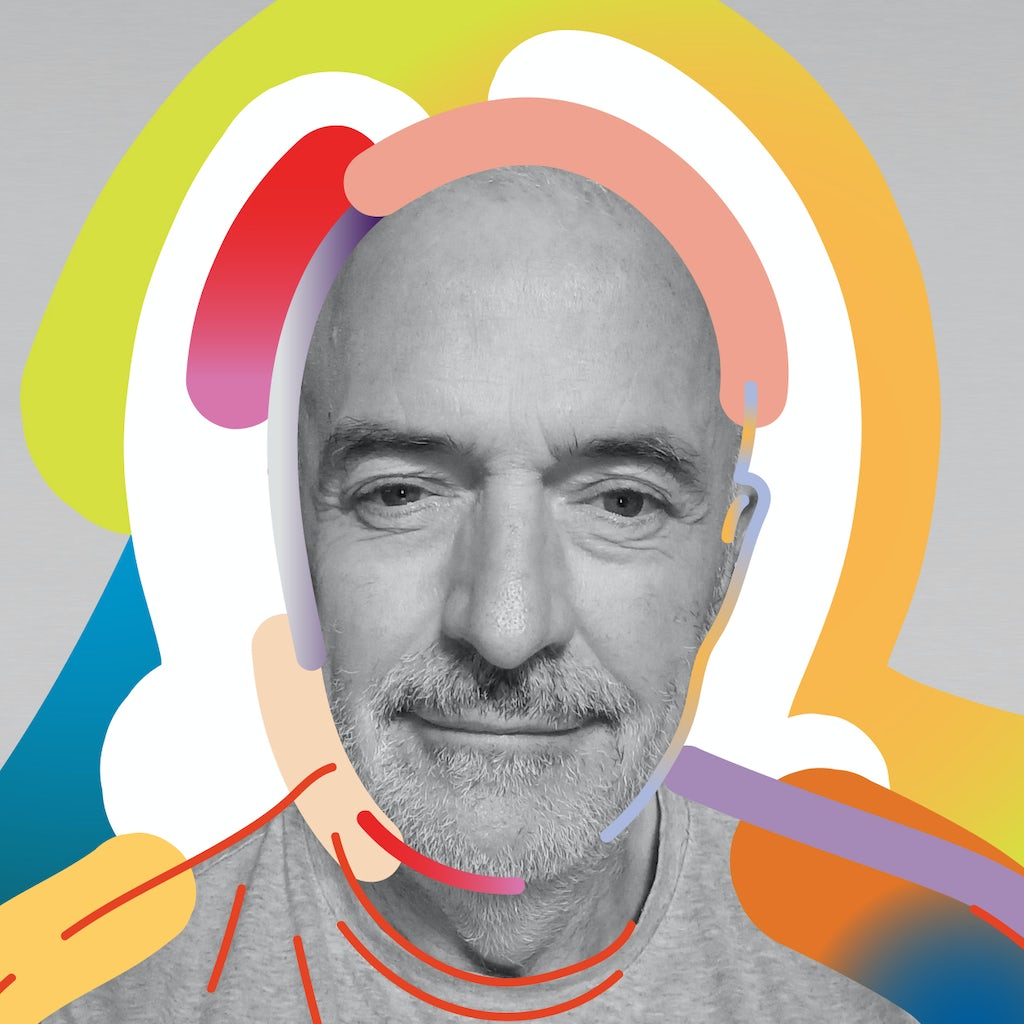 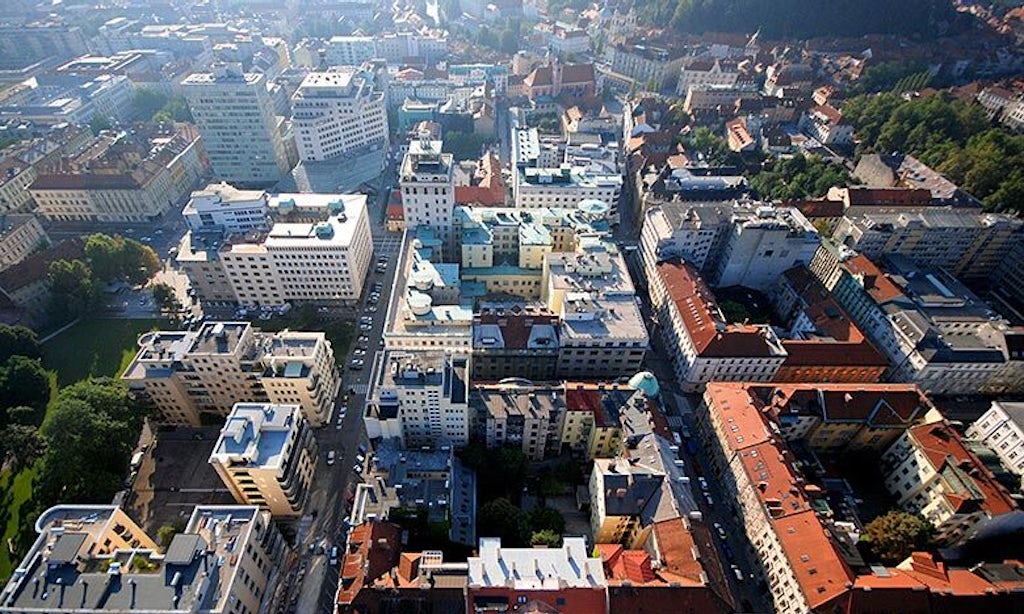