The Strategic Vision Statement for the Arts  calls freedom of expression the foundation of the arts. Even when it rubs or chafes: “All voices must be heard, including those that make you feel uncomfortable, (…) that we find unacceptable”. Diversity is becoming an important touchstone for future policy, something to be welcomed in times when identity and exclusion are the subject of a heated but necessary debate.

Art must be free, even when it causes discomfort. We are thus far from the controversy in 2017 around Rachida Lamrabet’s short film Deburkanisation. Three years later, she was awarded an Ultima for her book Vertel het iemand [Tell someone], in which she supplements the surviving stories of the First World War with a rarely heard perspective.

The call for diversity also resonates with author Chimamanda Ngozi Adichie’s warning against “single stories”: those – from all sides of the political-social spectrum – who systematically recite the same narrative about (groups of) people, are engaging in stereotyping and framing. Not only is this intellectually lazy, it also stymies our curiosity and propensity for conversation. Questioning, qualifying and contradicting “single stories”, or supplementing them with complementary stories, is something the arts can provide a good platform for, both in the work that is presented and in the critical reflection around it.

So greater diversity. But what exactly are we talking about, and where is progress possible?

True diversity is based on the realisation that one’s own frames of reference are not universal or absolute.

True diversity is based on the realisation that one’s own frames of reference are not universal or absolute. The Strategic Vision Statement refers to this in the context of the assessment process under the Arts Decree:

“Assessment committees must ensure that all forms of expression and voices are evaluated for their value, and strive to transcend self-reference and thus be aware of their own and other possible frames of reference”.

The dominance of one frame of reference over another is related to several things: numerical predominance, (institutionalised) power relations, historical context, and zeitgeist. Out of a concern for diversity, space is then made for less-heard perspectives.  Recognising/understanding these perspectives in turn requires the broadest possible context: diversity concerning origin, cultural identity, social status, ideological leaning, aesthetic “taste”, gender identity, age and more.

The Vision Statement targets diversity in supply (artists and organisations) and in demand (the audience). Let’s take a closer look at these.

Diversity in what is offered

In the meantime, new initiatives are emerging that approach things differently from the start. This creates friction but also facilitates much-needed innovation.

Our audience must be able to choose between the widest possible range of high-quality, well-framed and attractively presented artistic offerings. In the subsidised field, this supply is determined among others by: the people and organisations that make, compile, frame and/or present the art; and the committees that promote diversity. The desires of different audience groups are also decisive (see below on diversity in demand).

Organisations that strive for diversity can hardly succeed if they do not embody it themselves at as many levels as possible. So the question is: who is manning (or womaning) key positions in our medium-size and large art organisations? Who decides on artistic strategies and choices? Who is in control? These questions are not new, and the sector is making progress, slowly but surely. Meanwhile, new initiatives are emerging that approach things differently from the start, in a semi-permanent relationship with – and often with a critical attitude towards – the institutionalised field. This creates friction but also facilitates much-needed innovation. Mama’s Open Mic and Le Space are two of the best known examples.

Committees must be aware of the danger of self-referentiality, and this is easier when they are heterogeneously composed.

Assessment committees also have a hand in ensuring that a multiplicity of voices is heard. Or at least partly, because everything naturally starts with the question of who and what is being assessed.  This does not happen in a vacuum, but in a specific period and zeitgeist. Artists and people who put together artistic programmes do so in resonance with what their peers are doing, and often also with what is happening in society. This does not lead to homogeneity, but to recognisability: art can be situated in a time, a style, a region… and new generations can relate to those who came before them.

Committees must be aware of the danger of the self-referentiality referred to in the Vision Statement, and this is easier when they are heterogeneously composed. The Flanders Department for Culture, Youth and Media has been making efforts in this direction for years. For that matter, diversity also affects the ambition to care for the arts landscape: the aim is for a system that can allow many different artistic expressions to flourish.  In so doing, you not only take into account artistic quality (which takes precedence) and diversity, but you also critically address the issue that some voices are not being heard: some genres are rarely subsidised because their audience reach and cost structure allow them to obtain the necessary resources from the market. Other, often newer or burgeoning initiatives, cannot hit the market right away, have little or no experience writing subsidy applications, or are insufficiently known by committee members to be appreciated – hence again the importance of large and diverse groups. In order to properly estimate the diversity within the cultural content, committees should consider the big picture: profit and non-profit, supra-local and national.

Finally, the policy itself can ensure that diversity is anchored throughout the subsidised arts field: not only in the so-called dynamic space (a term used in the Strategic Vision Statement) but also in the broad field, and in the core and art institutions. It is one of the seven agenda items that we propose in a different text to discuss the implementation and roll-out of the Strategic Vision Statement.

An artist has little control over diversity in demand or the expectations of an audience. Here, inclusivity is key: each tax-paying citizen has the right to expect art and cultural venues to operate in the most accessible way possible, that they have the right to feel welcome, that the art and cultural offerings are affordable, that access does not require travelling half way across the country, and that these venues offer good public mediation. Where in the past a lot of attention was paid to building up cultural competences – what are the codes in the theatre, in the opera, in the art hall, in the “temple”? – the focus has gradually shifted to lowering the threshold. Anyone who reads or rereads the article “Kunst als gemeenschapsvormende hefboom” [Art as a lever for community building] will find that the Strategic Vision Statement is saying the same thing.

Are there gaps in what is being offered? Demands or needs that are not being met? It is important that as many people as possible “find what they’re looking for”, that each of us finds what we want in the totality of what is on offer – again: profit, non-profit and everything in between. In addition, people must also be made enthusiastic about (re)discoveries, and art must be given every opportunity to innovate, i.e. to anticipate or contribute to shaping local public demand.

One might assume that unanswered demand – call it an artistic “gap in the market” – would somehow be met by an entrepreneur, regardless of the business form it takes. It is best not to set the entry threshold into the future dynamic space too high.

The desire for greater diversity is based on another concern. The Vision Statement speaks of international trends that lead to the pursuit of greater diversity, but that result in the opposite: conformity and exclusivity.

The decolonisation circuit and accompanying discourse are richly varied. You will find people who express themselves sharply and succinctly: a tried and true tactic for those who are not heard or are not taken seriously.

This passage may refer to decolonial thinking in Flanders and Brussels, and the way in which it has gained a foothold in the arts and social discourse. It is accompanied by intense feelings because it touches on identity, history, people’s daily lives, feelings of guilt or false accusation, annoyance, exclusion and emotional pain.

The decolonisation circuit and accompanying discourse are richly varied. You will find people who express themselves sharply and succinctly: a tried and true tactic for those who are not heard or are not taken seriously. You will also find inquiring minds who are open to discussion and critical rebuttal. All they ask is that people at least inform themselves about what they stand for and what “decolonisation” means in the twenty-first century (our Landscape Sketch provides sources), so as not to simply dismiss it as “politically correct” without thinking about it more deeply. Recurring remarks like “I don’t see colour, everyone is equal to me” or questions like “aren’t we a bit beyond that?” have been addressed many times before, have a delaying effect, and promote neither reflection nor dialogue.

The Vision Statement speaks of a trend towards conformity and exclusivity. Movements of all kinds that strive for social equality work with diverse formats that go beyond debates or panel discussions with Q&A. This is now also largely taking place in the arts. Account is taken of the need for emotional safety on the part of those who participate. One such format is the “safe or safer space”, which is sometimes (wrongfully) viewed with scepticism. People are able to exchange painful experiences without being critically questioned, interrupted or contradicted. These circles are not open to everyone, which should not be surprising. Many discussion groups, interest groups and reading groups are only accessible to those who belong there. And yes, when talking about exclusion on the basis of skin colour, it happens that only people of colour are admitted (this happens mutatis mutandis if the theme is related to gender or a disability). This has little to do with exclusion. Trust and confidentiality are paramount here, not adversarial debate: other formats are available for that.

Making room for a multiplicity of voices is more than simply “different voices alongside each other, each singing their own tune”.

Nor should we sweep the problems under the rug: we live in polarised times and this is reflected in the arts, in politics, in the media. Polarisation is a vicious circle that leaves no room for nuance – think of the “single stories” Adichie warns about. Stigmatising statements add fuel to the fire on all sides of the ideological spectrum. The community building that the Strategic Vision Statement so explicitly advocates will not come about without honest, informed and respectful exchange. A brave space*, so to speak.

Making room for a multiplicity of voices is more than “different voices alongside each other, each singing their own tune”. It is best that they hear each other, learn from each other, follow and meet each other in “agonistic conversation” (with Chantal Mouffe) and on the basis of a genuine willingness to listen. It’s sink or swim.

This should be possible, and it would be fantastic to be able to take steps in this direction over the next five years. More voices also mean more points of view to relate to. In this way we not only become more diverse, but we can also alertly and actively experience this diversity without complex.

*unlike the safe(r) space, where the exchange of experiences and mutual support are central, the “brave space” focuses on entering into difficult dialogue, with respect for all participants. 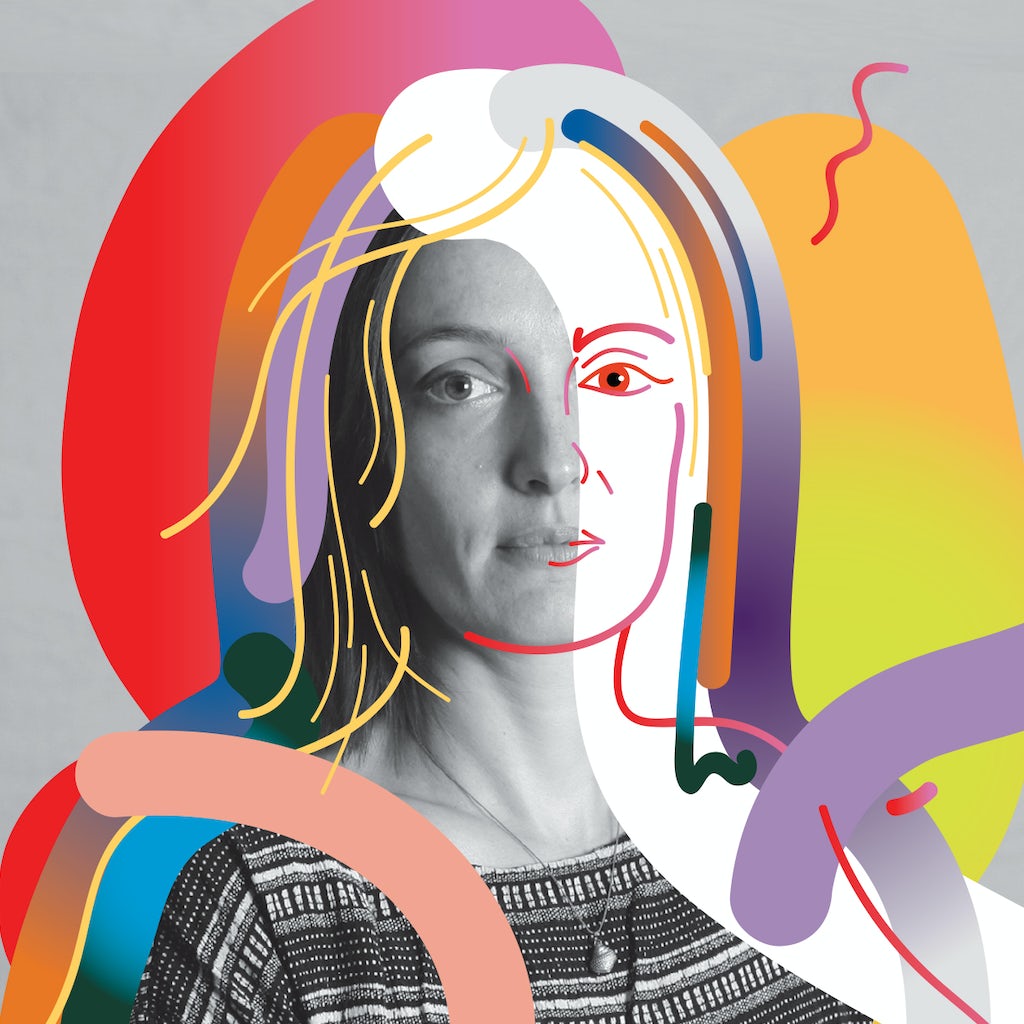 You are reading: Destination: True diversity